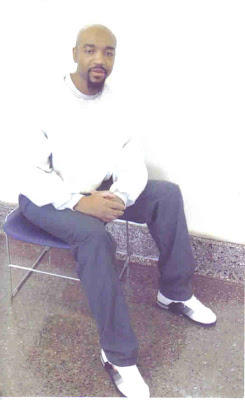 IN 1995 when I was 18, I was sentenced to 54 years in prisons for two armed robberies, aggravated battery, and substantial battery.

My nephew and I robbed a store and we were stupid enough to return to the same store a week later because a different clerk was working . The guy became suspicious and pulled a gun on us. We fought over the gun and I struck the guy with several bottles until he released the gun. We then ran from the store. We did not take any money, but the guy lied and claimed money was taken. I take responsibility for the crime I committed but I do not deserve 54 years in prison.

Since I been in prison, my mother , a brother and aunt has died. I have a 15 year old son who I haven’t seen since he was two.

I was a high school student before my incarceration and I obtained my HSED shortly afterwards. Then completed an office assistant vocational and have not been allowed to take additional vocationals because the prison where I was held only allowed the completion of one vocational per prisoner.
I was denied parole in June of 2009 and given a 48 month defer. The reason given for the defer was that I hadn’t completed all my program needs. The program I am required to take , however , is only available at a medium security, and I’m not eligible for a medium security because of my sentence structure.

I do not make excuses for the choices I’ve made, but several factors lead me to being in prison. I was never taught a work ethic or the moral of right opposed to wrong. My father died when I was eight, and my mother raised me on a limited social security income. I valued money but didn’t have the work ethic to get it lawfully. I believed I could commit crimes because that is what I saw daily. Guns and drugs were the norm. I also had a very cynical view of the world. I believed that if no one else cared, then why should I care. I allowed heart to turn cold, but I was not conscious of the coldness. I believed that violence and not caring for others was the norm. I can say now that I’m trying to change. I’ve found a lot of peace within. I believe we all have the capacity to love or hate, to be kind or cruel, to do right or wrong. We must simply choose to be who we want to be. If I’ve ever released back into Society, I choose humanity
Posted by FFUP at 6:13 PM