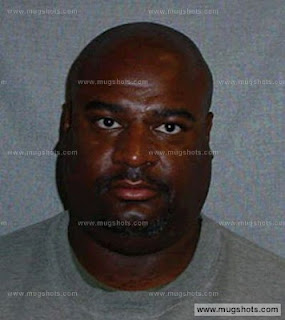 Brandon Taylor 13133; RGCI; PO 925; Red Granite,WI 54970
My name is Brandon L. Taylor, and I am 47 years old. For the past 16 plus years I've been in prison for sexual Ass­ault. The dynamics of my offense is as following, In 1996 I was arrested, charged, and subsequently convicted for having sex with a then 17 year old female student while working as a teacher's aide at an alternative high school in Milwaukee, Wisconsin.

I was sentenced to 30 years. In the beginning of my incarceration I was angry, and in major denial of the crime I had committed. However, upon my religious conversion, I began to come to terms with what I had done. I realized that I was guilty of will­fully abusing the authority as a staff member, and adult. I sought the needed treatment offered me by the Depart­ment of correction. I eventually got into the sexual offend­er program. I learned that what I did hurt and robbed my victim of her youth. I further learned the meaning of empathy, sympathy, and grooming. I began to feel gen­uine sorrow and remorse for the young lady, and what I did to her. In fact, I became so successful in the  com­pletion of my program that they hired me as a tutor for two years afterwards.

However, I am in a bit of a quan­dary of such. When someone such as I ( A sexual offender. ) gets to a certain stage in in their incarceration, It is required that I must be reviewed by what is called the End of confinement review board. ( ECRB for short. ) It is the committee that determines after a series of inter­views If said person fall under the 9.80 ( Sexual Preda­tory Law. ). If so, then the inmate is sent to a institu­tion for the sexual depraved for an undeterminate amount of time called: " Sandridge. "

However, usually this is based on a number of circumstances. Such as,
1.) The inmate refused to get the needed treatment.
2.) The inmate has several sexual assault convictions.
3.) There was violence in the commission of the assault.
4.) There is a pattern of assaultive convictions.
5.) The victim of the crime was 12 or younger.
6.) The inmate continues sexual behavior while incarce­rated.

However, none of these qualification apply to my offense. I've done everything within my power to prove that I am In fact, rehabilitated and ready to return to society. Also, both clinic Psychologist who treated me in the pro­gram stated in my final evaluation that I was, ( I quote
"Mr. Taylor successfully completed the SOT program with fly-colors. It is our opinion that he is no longer a threat to the community. It is further our opinion that he is most likely not to re offend . "

However, in the last three years since I've been eligible for parole. I've been denied because of the pending hold by ECRB. Or, they'll say, I haven't done an sufficient amount of time. (Even though I'm only 3^ years from my Mandatory release. At the lease I suppose to be in an min­imum security prison. )

My family and community leaders have tried to get answers as to why I am still incarcerated after doing all the re­quirements to be given the opportunity to be released on parole? Yet, their given the same old line, " Mr. Taylor must be cleared by ECRB, and hasn't done enought time. " However, when they've required of Mr. David White the head of the ECRB as to when I'll be interviewed. He con­tinues to play smoke and mirror by saying, Mr. Taylor, will be reviewed soon. " Then he use the fact that I'm under the presumptive M.R ( Which only apply to those who refuse to do their programs. ) He can wait until my M. R. To interview me. ( April of 2016. ) This is not only wrong based on the DOC's policy and procedures ( Which state that once an inmate dose an sufficient amount of time, and all his required programs; he should be re­leased on parole. ) It is also egregious and unjust.

It seems to me that now that I have held up my end of the bargain, they have changed the rules of the game. The fact, that I have done over half of my sentence.( 16 yr . ) and all my needed programs. ( Especially the SOT pro­gram. ) Negates me being even considered for the ( 9.80
I am in dire strait in this matter. I understand that I did wrong. However, I feel I've done sufficient time for what I've done. Not to minimize my offense.

Yet, there have been murderers, robbers, and violent assaultive criminals who have done less time they I have; and though I realize that Sexual Assault is a serious crime. How will I prove that I am rehabilitated, If I'm not allowed to get out and use the tools I have obtained from treatment. I would really appreciate any legal help or advice you could give me in this situation.