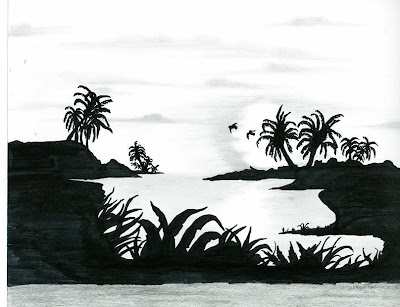 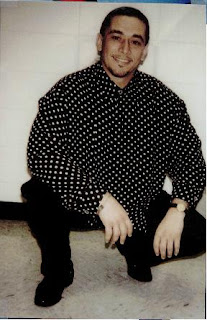 I am writing this letter to you to introduce myself and let you know who I am.I am a Cuban refugee. I came to USA in the early months of 1980. I was one of the 14,000 Cubans that was house at Fort McCoy, WI. when the refugees from the Mariel Boat Lift were place there. I was 16 years old and I was the only member of my family to come to USA. I was sponsored by a woman from Tomah ,WI. After 21 days of living with that family there was a tragedy and my sponsor was murdered and raped and I was blamed and accused of those crimes which I did not commit.

When this happen it brought international attention and also brought lots of resentment and tension in the community. The press and the DA brought all the attention only on me, even though I was pleading not guilty to those charges-crimes.

At the time I was been tryed I didn’t have a pay lawyer nor family in this Country to help me with this case. I was protecting my girlfriend and also the interpreter provided by the USA immigration service, and foolishly I lied to the police dept. about been with them that night of that incident. I just turned (17) years old and had lied to the INS also about my name and age.

My true name is Lenin, and I was told by many of the older Cubans that I may get kill by USA authority if they knew I was named Lenin. So I changed my name to Lene and also changed my age to 20 years old. I did that so I could get a job and provide for my family back in Cuba..

On the night of Sept. 14 1980, I went out of the house to see my girlfriend whom worked at the Tomah hospital and spended time with her, and than asked her to drop me back at the hospital so I could see David the interpreter and we went out.

When I was at the police station and David and girlfriend Bobbie came and asked me to tell them the truth about being out with them that night I still lied because I wanted to protect them. And as you may know that was used against me at the time of the trial.

I was given what is called “good Child Hearing” But when the trial was sent to Milwaukee WI . I was tryed as an adult. By any means T didn't understand the severity of the trial at that time I only had a six grade education and I was scared and the Cuban system of law is totally different than this Country. I was a very confused young man and didn’t comprehended and truely didn't know how Entangled I would become with this case I did not commit.

I had two State DA trying this case. At that time there was a lots of prejudice against Cuban and that was focused against me. I only had state appointed public defender. Even though there was not enough evidence to support a con¬viction, they still convicted' me. I was convicted in matter of hours 3 trial that took over five days.

The very own evidence that could have clear me of such crimes and that clearly showed it was insufficient was used to convict me. Everything was over looked as the screen that was cut on the house window. In respect to the state lab, the blood and other evidences the person in charge of doing the analysis stopped doing them because she thought that the blood was B or BA.

Such evidences could have excluded' me from the crimes. And as you can see someone dropped the ball on me as the saying goes. Through the years, my friends and ex-wife have tryed to bring this case to light and we have fail in proving my innocence. There was a DNA done back in 1994 and it was inconclusive. My ex-wife had hired a lawyer in Milwaukee, WI. and he took her for a ride and took the money payer to him to help me. She brought this matter to the State bar and his license was suspended for 2 years. 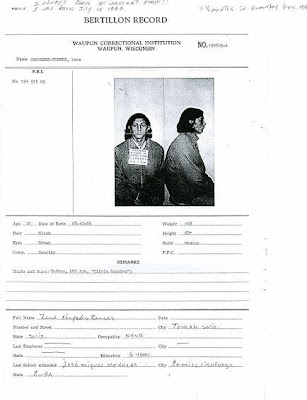 
I have never given up on trying to prove my innocence even when it gotten so difficult and I felt as if I couldn't make it. I am a innocent man and I am trying to prove it and I come to you today hoping that you could help me. I have now served 30 years of that life and five years that the court gave me for those crimes I have not done.

I so much want to be part of this Country and deserve that chance to live in freedom. I do not seek payment for the wrong done to me but my freedom. Life truely has been hell since I was incarcerated.

Yes, since Sept. 14, 1980 my life In general has been hell when I was attacked and my sponsor was murdered and I was blamed for that.

May Our creator help and if we prevail in finding my freedom, I want to dedicate my life to help other in this situation.

I thank you very kindly for your time and attention and for understanding.

The mystery of life itself is a miracle to us all.
The burden of injustice has been upon my shoulder for 30 years as I am still being held against my will incarcerated innocently.

This art I Displayed comes from the heart. the mind.. Considering I am not a professional nor taken school of art, I try my best to tell my story of my life and what I feel, how I see my being to be.

Yes, Angels are of both worlds! Spiritually and Earthly means. I truely consider myself to be an Angel of this earth, and, a very humble one. My dreams most of them display that I am flying to escape from this chains that bounds me that helds me captive. 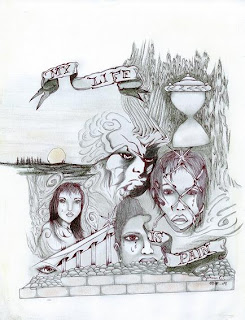 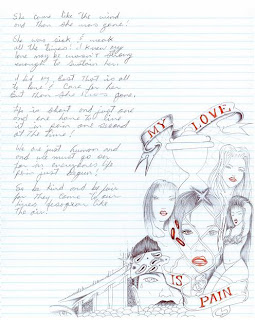 My journey has not been a easy one and within the pain and suffering the sorrows I endured I have learn many things but the one thing that I constantly struggle with is trying to keep my mind sane from the torments and the torture of been incarcerated innocently.

Yes, trying to survive and trying hard to find freedom in all things as I was promised as I entered this Country.

The following drawings as I numbered them will show or express their meanings.

Number #1 is of the place I live before coming to USA from Cuba and from my house I could see this view. 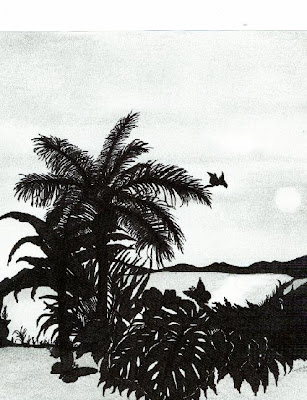 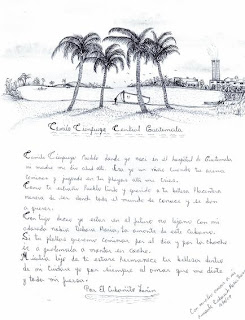 Number #2 is the view I could see from my Grandma house the sunset. 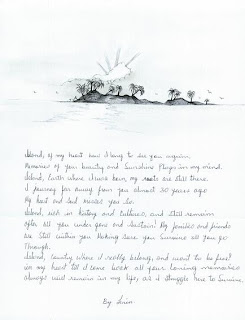 Number #3 tells the story of my exiting Cuba, how life was and the chance I took and the dangers I was set forward in crossing the Mexican Ocean. Yes, to enter this beautiful Country the Americas. 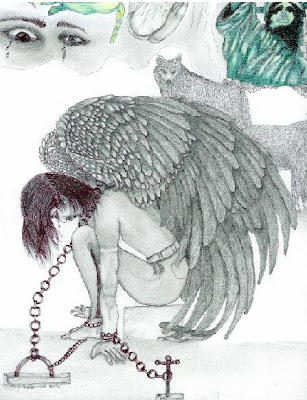 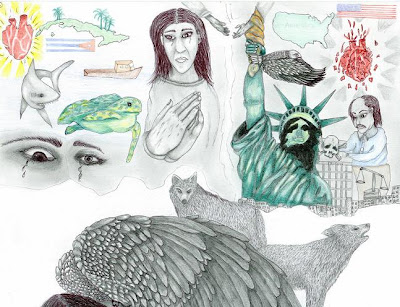 (note: this is top half of painting- better photo coming)
It describes the crying wolves for the injustice done to me.I am in chains as the fallen Angel and shows the pain and the anguish that is overwhelming. In my dreams I find myself flying and as T do in the day time awoke yes, to escape from this misery I am in. Destiny has allowed those in carrying justice to keep me in prison innocently all my life. I feel and believe I am an Angel of this earth. 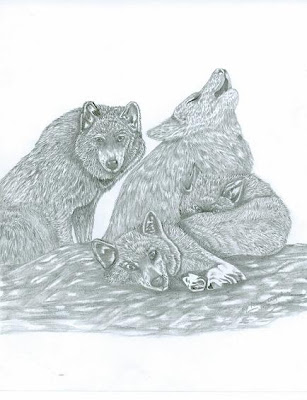 Number #4 The heavenly Angel look upon the Carnage made of this broken human being and innocently made to pay for a crime I never committed. This piece shows how it feels to be behind bars even for one second innocently. The heavenly Angels accompany me all this years. I am reaching out to those that believe in injustice. 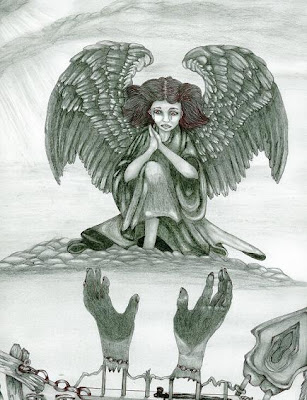 Number 5# I was blinded and put in chains and locked away with out mercy or with out known the truth. 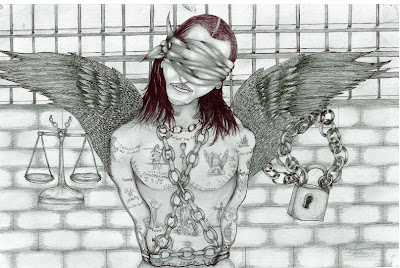 The evidences that could have clear me of any wrong doing was not analyzed or examined to the extent that could have proven my innocence. All the prejudice hindered my chances. Without the right defense to prove my innocence I was railroaded into prison. This is the product of Incarcerating a young man among adults how I had to tattoo myself to ugly the body to protect my manhood. 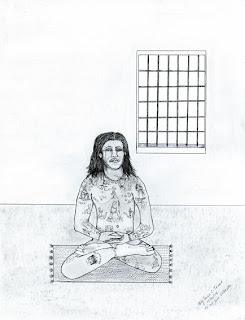 Number 6# I the demons that constantly chase me to chain me and confine me even more. This creature hunts me and forsake me daily. 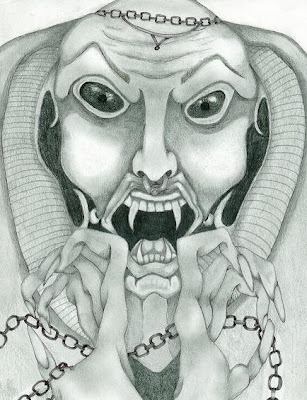 Number *7 is an imige Of Jesus Christ looking upon me,us all. 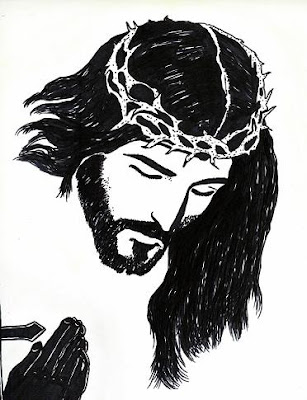 May our great Spirit give us the means to survive each day and may we find that freedom I been seeding.

Once again I am not a professional but tryed my best to discribe what goes on in here daily. 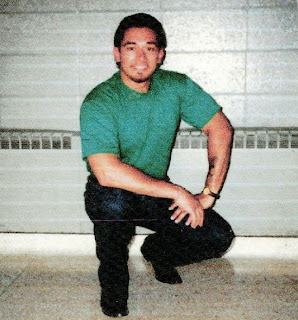