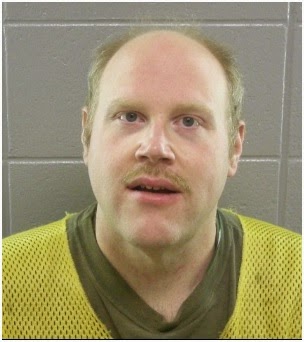 The Old And New definition of Parole
By Christopher Klingeison

The meaning of Parole eligible in Wisconsin has taken on a new definition by the DOC ( Department of Corrections).  Prior to 1994, parole was granted if the offender had shown the Parole Commission that rehabilitation had occurred: Rehabilitation shown in ares of programs completed, ( Not used as a factor for denying parole, such as currently being done), behavior changes, empathy, employment skills, support system ready once released, self- attained achievements and misc. Then in 1994, the DOC had created PMR. (presumptive Mandatory release), which affects certain offenses, prior there was MR( mandatory release). Now with PMR, parole is being pushed aside for 4000 plus inmates who are under PMR status(1994-1999).
The new definition of by the DOC is those under PMR must participate in program prior consideration of parole, those under new law ( 200- current) do not need to participate in programs to be released, they are exempt from all programs while being incarcerated. Those under PMR must wait until 1-3 years prior to their PMR date , which is well past their first parole eligible date, to participate in programs. PMR is used to hold offenders in longer by denying them timely programming. The parole commission also changed how they conduct hearings, prior there was a three person panel and family and friends and supporters could speak on the offenders behalf, not there is 1 member on the commission and noone is allowed to be at the hearing except the victim and victim's advocates.


Chris Klingeison tells his story, talks about parole and tells of his efforts at rehabilitation.

here it is as photo. 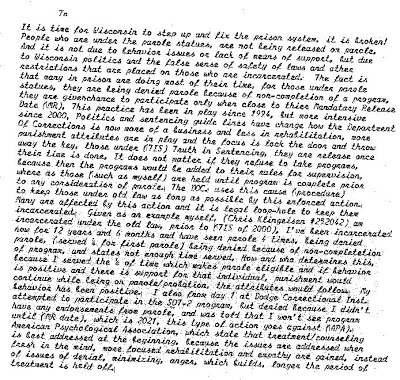 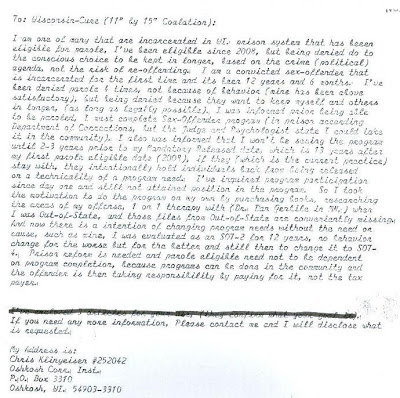 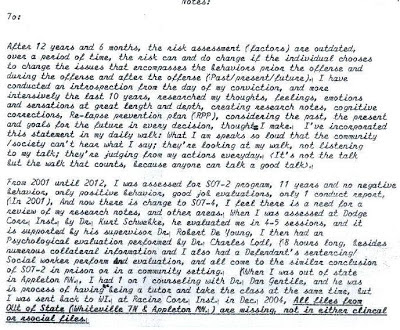 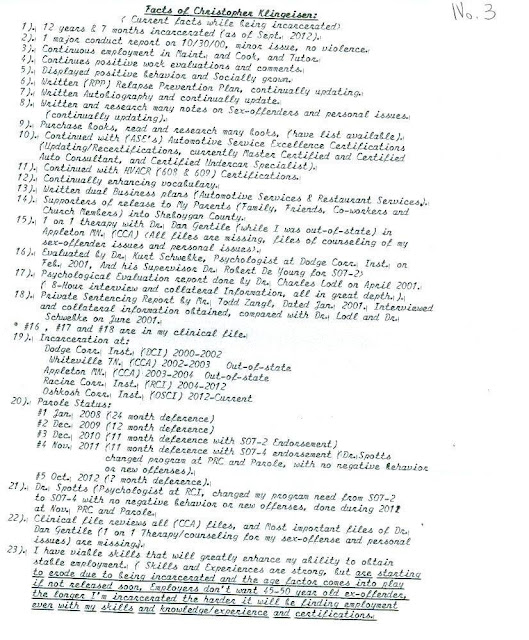 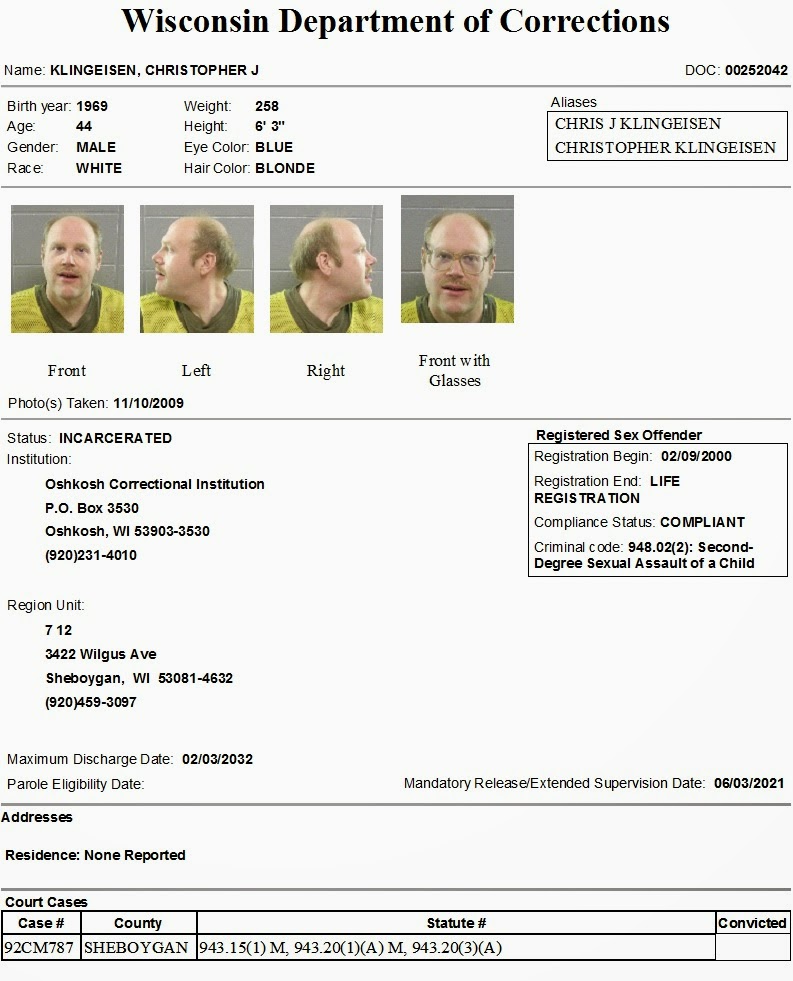