Kim Szemborski and Another Parole Ruse

The prison boom began when Federal government offered gobs of money to states who would keep their "VIOLENT OFFENDERS" in prison as long as possible. Wisconsin did not have enough "violent offenders” to qualify  so what to do? CHANGE the definition from violent offenders to "guilty of violent offense". Ever hear of "party to a crime"? now the driver of the car , the gal who unknowingly kept the drugs in her refrigerator  etc became categorized as “violent offenders” even though they had actually never personally physically harmed anyone. And 40 years later are still in prison tagged by the public as "murderers". Also in Wisconsin, even if the victim thinks you have a weapon and you do not, it is considered "violent crime."
Yes, every crime is serious but the misinformation wastes lives and money-how many people "in" for decades never physically harmed anyone yet are labeled murderers by the public and DOC?

He and many others were scheduled for parole .He was already at minimum etc when Governor  Walker came in and switched back the clock-putting them in a perpetual holding pattern.


Mr K S Szemborski #049375; OCI
I am one of those so affected in that I had transitioned to a center (Thompson correctional) in 2011 and received a parole grant recommendation in August of that year. Unfortunately for me, three months later, then newly appointed chairperson Nagle denied release and issued me a 12 month deferment. As a result of that deferment I was transferred back to Oakhill where I have received two 11 month and a 10 month deferment since that time. I had been receiving 6 month deferments before the release recommendation.


It seems like every single time the issue of the gross wasting lives and money in holding old law prisoners it is quickly followed by the DOC commentary pointing out that 95% of these prisoners are violent offenders, which imparts a certain impression on the viewer and in the process leaves the most crucial part of this story untold.

The violent "category" offenders most affected by what is going on is the old law prisoner who was already in minimum security, had already served 20, 25 and 30+ years, had all of his programs completed and was on the cusp of going home BECAUSE HE HAD ALREADY BEEN TRANS ITIONED TO THAT POINT BY THE PAROLE COMMISSION only to receive increased deferments and sent backwards because of Scott Walker politics. Deferments were increased FOR NO REASON under the Walker Administration. Everybody who is still here "waiting" has a story to tell


The certain prospect of release from "in the very near future" to "no plan for release at this time" by virtue of the increased deferment for no reason other than politics.


Once the Parole Commission, through these elevated deferments had everybody removed from any kind of release in the near future, they were able to maintain that by merely repeating the elevated deferments over and over effectively placing everyone that had received them in a holding pattern. What I referred to in my last letter as "resetting the release clock."


In those statistics the DOG bandied about back in February relating to the 2887 old law prisoners still in custody, they point out that as of December 31, 2013, 421 prisoners were in minimum and minimum community custody. During 2011, when the Parole Commission was increasing everyone's deferments and essentially resetting the clock with respect to release, that number was much smaller because many that were in the category I refer to have transferred in since.


Once the damage was done and everyone's deferments had been raised the Parole Commission was then free to put them all in a holding pattern by repeating the increased deferment and in the process move away from what they did to get there.

federal money grant was supposed to be for holding violent offenders- people that hurt someone. How many offenders are guilty of “party to a crime offenses”, like driving the getaway car?


“ I also did a Freedom of Information Act request to the Office of Justice Programs back in January of 2007 requesting copies Wisconsin DOC's incentive grant application for Vol incentive funds. I also requested copies of all the awards the DOC received, certifications, all of it. They sent me a stack that was probably 5 inches high. That paperwork shows that as of 9/29/2006, the DOC had received $21,962,24.00 for certifying to the Feds that they were making violent offenders serve a substantial portion of their time and that the prison time served is directly related to the determination that the prisoner is a violent offender.


convicted of violent category crimes and were not violent offenders.


On the face of it, it wouldn't appear to be much of a distinction, but whether a person has ever actually physically harmed someone by their actions is huge as it relates to risk to the community.


Although the DOC more or less acknowledged the distinction in that sheet they put out in February regarding the 2887 old law prisoners by pointing out that "957 are serving a sentence for a violent crime," instead of labeling them violent offenders, they have never acknowledged the difference on any other front. Doing so raises more questions about why these guys are still locked up and they don't want to have to answer those either.”

Kim Szemborski: in prison so far for 28 years, for armed robbery in which no violence occurred. Has exemplary record, received a parole recommendation in 2011 which was later denied. 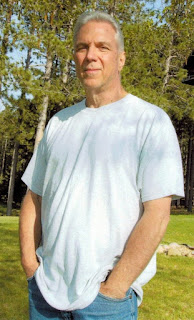 Became eligible for parole:                 February, 2003
Appeared before Commission:              11 appearances.
Deferment history:                               48-months; 24-months; 11-months; 9-months; 6-months;
6-months; parole grant recommendation, (denied 3-months later), 12-months; 11 months; 11 months; 10-months; 9-months, (deferments listed in order received).
Reasons for denial:                                "Insufficient time for punishment" and "Unreasonable risk to
community;" reason given for parole grant denial and 12-month deferment, "still needs supervised placement in community with no conduct issues before release consideration."
Program completions:  Cognitive Group Intervention Program, phases 1 & 2, (1997‑
98); AODA Residential Treatment Program, (2009); Completed Pre-release Curriculum, (9 modules), (2009-10); ServSafe® National. Food Service Sanitation Certification, (2010); Wisconsin State Certified Food Manager, (2010).
My institution conduct and work history have remained exemplary in spite of the devastating setback with the release denial, 12-month deferment and transfer back to OCI from TCC in 2011, followed by the bigger deferments since that time. When considered along with the Parole Commission acknowledgements regarding the prolonged period of exemplary behavior having already been demonstrated leading up to the 2011 recommendation for release, I believe a very powerful statement is made regarding my commitment to the positive personal changes I've made and to my actual level of risk to the community. At 61 years old, the national recidivism rate also reflects minimal  risk of committing new crimes.
view parole decision as pdf file

GENERAL REASONS FOR ACTION TAKEN
1.You have developed an adequate plan, but will need Agent's verification.
2.Your institutional conduct has been satisfactory.
3.Your program participation has been satisfactory.
4.Release at this time would involve an unreasonable risk to the public.
5.You have NOT served sufficient time for punishment.