http://paroleprimer.blogspot.com/2013/07/the-catch-22s-of-no-parole-well.html
Call for Fair Parole in Wisconsin
The subject of parole is huge and emotionally charged. Every activist in the country knows the heartbreak of advocating for a prisoner friend and watching him or her be disappointed time and again as it becomes clear that nothing he does will effect his ongoing entombment. Here we follow the money trail , give prisoners stories, and tell about campaigns here and in other states- where the story differs but little. Soon we will have a petition on line. 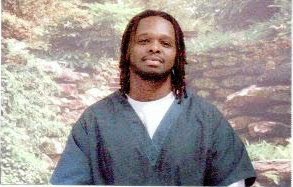 The Catch 22s of No Parole Well Explained

Marvin Wilson has been working to prove his innocence since incarcerated and now is eligible for parole. Here he clearly goes through the terribly frustrating excuses given year after year by the parole board to thousands of men ready and waiting for release.

The facts remain that the parole commissioner and parole board does not belong to the Wisconsin Bar Association of the state of Wisconsin, thus has not been licensed by the state of Wisconsin to act in the capacity of a prosecutor, jury, judge and court of law to Take a determination that after a prisoner under old or new law, has served 25% of their sentence, the prisoner has not served sufficient time for punishment and re-convict and sentence the prisoner to 1 to 4 additional years. When that judge sentenced the prisoner, the judge had the 25% parole date in mind and did not mean for the parole board to re convict and re-sentence the prisoner after he or she has done 25% of their sentence. Again, if 25% of a sentence is sufficient time to make the prisoner eligible for release according to Wisconsin law, then 25% must be sufficient time served for punishment. Or Wisconsin's parole law of 25% is just smoke and mirrors.

So what is the percentage of Wisconsin parole eligible prisoners that get out after doing 25% of their sentence? Or in other words, what percentage gets out the first time they see the parole board? If the percentage is not 90% or more, then the 25% parole hearing date is a legislative waste and a false hope for the prisoner. Thus is a violation of Due Process Rights.

In the days of parole commissioner John Huss in the early 1990's, prisoners had a hope of being paroled after serving 25% (or soon after) no matter the arias they were in prison for. Thus Wisconsin's prisons were less crowded.

3. YOUR PROGRAM PARTICIPATION HAS NOT BEEN SATISFACTORY
Further, the parole board uses: "Your program participation has not been satisfactory" to deny release. When a prisoner has had his Assessment and Evaluation (A&E) he is given certain programs to complete such as HSED, vocational training and anger management. However, once he gets to his designated prison, it is up to the program directors to allow him into the program such as anger management, AODA and CGIP regardless if he request to complete the program. So the person with the 40 year sentence can request the anger management program as soon as he gets into the prison but he will be denied access due to his sentence length. The programs director will state, "Due to the length of your sentence, prisoners with shorter time have priority to this program. Request again when you get closer to your mandatory release date." Which is 26 years (or 2/3 of the 4-0 year sentence). This, in itself, makes the A&E process obsolete if the prisoner is parole eligible at 25% their sentence but can't take certain programs until their mandatory release date. Three things stand out here.
1. If the prisoner is being denied access to needed anger management programming, the DOC is not preparing the prisoner for release at 25% of that sentence. A person that has a parole date should have the same priority to a program as a person with a short sentence, because in theory, the person should get out once 25% of their sentence is completed. If the prisoner is in and out of the hole for fighting, the denial of programming is a factor because the DOC has previously assessed him, at A&E, with an anger problem but won't address it promptly by getting him the needed programming.
2. If the DOC is denying the prisoner access to a program, the parole board will use this against the prisoner as program participation not being satisfactory, even though it is documented that the prisoner has tried to complete all recommended programs before his 25% has been served.
3. If the prisoner has 40 years but being denied anger management until mandatory release, that would mean that he will have to be in prison for 26 years with this untreated anger problem, that the DOC assessed that ha has 26 years ago, before he can get in the program and it gets treated. What is the logic behind this? None! Prisoners with parole dates should have priority to programs to prepare them for release at 25% of their sentence. If not, the DOC is either saying that, he has to self-treat an anger problem that he don't understand why he has for 26 years until the DOC is ready to treat it, the DOC is using denial of programs to keep prisons packed or there really is no anger problem, the DOC just put anger management on A&E routinely, so the parole board has something to use against releasing prisoners at 25%(or at any point)

The crux of the matter is, it is not the prisoner who is "refusing" the program, that is a different matter. It is the DOC who is refusing to allow the prisoner access to complete the program. If a prisoner has reached 25% of their sentence and has not refused any programs, and the DOC has denied him access to programs that ME said are necessary, then the prisoner has done no wrong in that regard, as such he should be released.

RECOMMENDED CHANGES
What use is it to have a parole hearing date at 25% of the sentence, by law, and have a, parole board that says 25% is not sufficient time served for punishment, contrary to law? The parole board is above the law. These two, theories and practices, conflict. One or the other is unconstitutional. And we can rationalize that it is the parole board's practices. With the Wisconsin law of 25% being sufficient time served to be released, it makes the parole board obsolete. The law of parole hearing date at 25% of the sentence and the prison record should be enough in determining if someone should be released. It would make things that much easier and ease the overcrowding prisons and save tax-payers money if parole eligible prisoners were released on paroles.

By serving 25% of a sentence not being sufficient time served for punishment according to the parole board and granting parole is now discretionary, it becomes a system of how the parole board member feels on any given day or how the member feels about a certain individual or the alleged crime, on whether to release that prisoner or not. Thus serving 25% of a sentence before a parole hearing and granting parole based on how the parole board member feels about you in a 30 minute meeting, is a conflict. If the judge sentenced a person to 40 years, the judge had it in mind that in 10 years (25%) that person would have completed programs and matured, thus should be released.

If a prisoner reached 25% of their sentence, and the parole board has no logical, not theoretical, evidence that release at this time would involve an unreasonable risk to the public, and the prisoner has tried to take recommended programs and the DOC denied him access, the prisoner should be released. It can not be a system of the prisoner meets Wisconsin's law of 25% but the parole board overrules Wisconsin state law and says, 25% is not sufficient time served for punishment. Or the prisoner readies 25% but the parole board denies release based on a risk to the public with no evidence to support that. Or the prisoner gets to 25% but the parole board denies release based on programs not being completed when it is the DOC that denies access to programming. It is all a catch-22 and needs to be changed. A policy must be put into place, retroactively, for old and new law prisoners, that have "reached (or would) 25% of their sentence, to cease the arbitrary discretionary parole board and allow 25% of a sentence to be sufficient time served for punishment, along with
1. a parole plan,
2. satisfactory record based on the last year (as they do now) before the current earing
3. no logical evidence showing that you are or would be a risk to the public,
4. an attempt to complete A&B programs before 25% of your sentence is up.

This way it is on the prisoner to show by evidence and facts, that they have served sufficient time, pose no threat to the public and have done all that they can to complete all necessary programs before they have reached 25% of their sentence.

SPECIAL ACTION PAROLE RELEASE, SEC. 304.02
The department shall use a special release program to relieve crowding in state prison by releasing certain prisoners to parole supervision using a procedure other than mandatory release under sec. 302.11 or release under sec. 304.06 (1) (b). Most prisoners under old and new law are in prison for homicide related cases and this is why granting parole is routinely denied. However, if viewed in its full context, most of these parole eligible prisoners were in their youth (teens and early 20*s) when these crimes occurred and now have spent their 20 's and part of their 30's (and some of them 40's, 50's and part of their 60's-prison). Thus they are no longer in their youth but mature adults that view the world differently, value life and want to contribute to society. The crimes are not excused because they were committed in their youth, and/or out of ignorance. However, it explains that the person that they were in their youth and now, are two totally different people. And to perpetually punish them for a crime done in their youth, and/or out of ignorance, serves no purpose to justice or to a so-called civilized society, when that 'person has changed and is positive now. Thus the department should use this special release program statue to release old and new law prisoners based on their conduct now, not their past crime, or based on who they ware 10, 15 or 20 years ago, to relieve prison overcrowding.

CONCLUSION
Therefore, the above facts are to be taken into consideration for a more uniformed approach to parole in any given case. Parole should be mandatory at 25% with satisfactory conduct for all old and new law prisoners, based on their behavior for the Last year prior to the parole hearing. To perpetually incarcerate changed people is inane and serves no purpose in the scheme of justice or restorative justice.