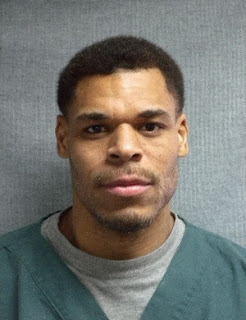 He was recommended for parole by parole commissioner but this was denied by Dean Stensberg, Parole Chairman, and defer was increased to 9 months.(3/15 grant recommendation). He has long been on work release and has had many job offers-hs list of accomplishments at the end of this stamen are impressive> Why is this man still in prison?

In words of Verlin Walker:”Commissioner Drankiewicz who made the grant recommendation con­sidered my criminal past and concluded that bàsed on the amount of time served that I have served sufficient time for punishment, my resi­dence approved in parole plan, the 5 minor and 2 major conduct re­ports and transition from Max to Med (5/04), Min. (10/09) and Min. Community (3/11) is satisfactory institutional conduct, completion of all treatment needs (AODA,10/09, CGIP,2/02) and positive work release for 4 years is satisfactory program participation. Based on the above, in addition to saving $20,500 and documented contin­ued employment upon release are all contributing elements that you have diminished your risk to a reasonable level so release at this time is appropriate.
Since 2010, I have been working in the community. I went off-grounds as part of CHOICES program to speak to at risk youth groups, and criminal justice college classes from both Iowa and Wisconsin while at PDCI. Also, filled and placed sandbags around city S part of PDCI flood crew. At 0C1, I was on a utility crew maintaining the grounds in and outside the fence, and on the Middleton crew maintaining the parks and trails in and for the City of Middleton. In 2011, I went work release with minimal to no supervision at Maple Leaf (Verona) doing snow removal around Dane County(11/11-3 12),at County Materials-Madison Pipe manufacturing concrete drain pipes, and Badgerland Supply with a 80 mile travel radius delivering drywall and drywall accessories to homes, businesses and government buildings. I had access to peoples’ keys and security codes. In 2013, I was transferred to the Correctional Center System (no fence/walls) up at Gordon Correctional Center where I worked at Jack Link's Beef Jerky company from Feb.2013 to Feb.2014. In Feb.2014, I was trans­ferred to Marshall Sherrer Correctional Center and did work release at Seneca (Mayville,WI) as forklift operator from June to Sept.2014 and now at Midwest Metals as saw operator since Oct.2014
I was never fired from any job.-and every employer has expressed interest in hiring me upon release.

The Wis. Adm. Code § 324.01(3) and 324.07, shows that my work release experience is a demonstration of my readiness of parole and make recividism less likely by having a-job-and savings. Wis-.­Adm. Code § 324 Appx. (Studies have shown that in many case lack of financial resources contributes to a return to criminal activity after release. Work release provides a job, enabling the inmate to develop skills and accumulate savings.
Verlin Walker 171948