The  Story of one sex offender. My thoughts: Those who are abused go on to abuse unless there is effective intervention.

20 years in prison/ 59 now/ arrested 1995/convicted of 1st degree sexual assault of a child and repeated sexual assault of the same child. /sentenced to two 40 year sentences to be served consecutively/ first parole eligibility date is 3 31 -15/no deferments yet/A&E need is for SO-4 /MR Date 7-30-48.

Story of a sex offender in pdf format
http://ffupstuff.files.wordpress.com/2014/02/david-skidmore-all.pdf

Summary of story:
“Please allow me to give  a brief history of how I came to this situation”: Since aged 7 or 8, David was repeatedly assault by his parish priest until he was 11. When he was 12 and went to a YMCA summer camp Sponsored by his church, he was molested by the counselor and a relationship was formed between the two which lasted until David’s mid teens. At twelve years old, in a bus trip to visit his ad, David was solicited for sex from a man on the bus and was aid for sex throughout his youth. One was a police officer who insisted on regular sex for not arresting him. All this stopped when he met his future wife.
He has had extensive therapy, some paid for by the Catholic Church some at Dodge. He has learned how he came to make the choices to offend that he did. He is now caught in the “catch Twenty two “that so many prisoners talk about- not allowed to take his last programming. The DOC uses MR date instead of Parole eligibility date to determine when to offer programming. He will never be released til he takes this programming and as they will not be offering it during his lifetime.
David's story on PDF 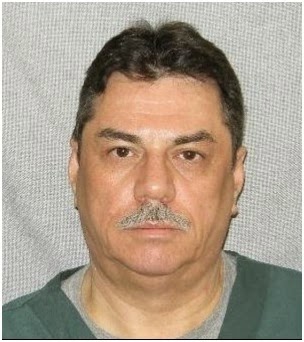 Nice heart warming story - But its seems like it could be all made up.
I grew up as a neighbor and friend of David Skidmore. His parents were divorced and he lived with his mother and older brother. Dave's father was a heavy drinker and into gambling and resided as an apartment manager with his second family on the east side of Milwaukee In his pre-teen and teenager years we hung around together, he seldom saw his father. David lived in the second floor apartment of his grandparents duplex on north 91st Street in Milwaukee. Dave and his family were not religious nor did he ever attend the local church or any of the church or scouting events.

David's mother was a single parent. She worked full-time and raised two son. he was strict in that she required them to be in before it got dark outside, limited the use of the phone and television to specific times. She was not abusive in anyway. Dave on the other hand displayed traits consistent with a person sneaky, sly and seemed to be trying to connive things. If he developed a twisted sexual trait, I'd look to his fathers' past. But, don't blame a priest or youth outing on Skidmore's conduct. The David Skidmore I grew up with was not a religious person, to my knowledge he didn't have the exposure or contacts with that group of people and he never attended any of the church outing or scouting events. He always referred to them as little kids stuff. Seems someone had a lot of time to come up with a story, but to me it doesn't seem to match......