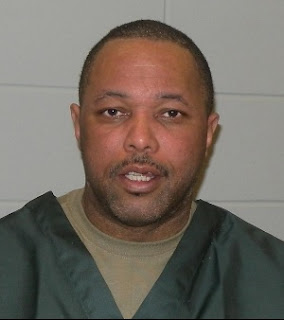 Here are two letters that I hope could best explain my situation. One I sent to the sentencing judge and one to the parole board.  I am dumbfounded, along with some staff members here at KMCI, about the fact that I received 24 month defer from the parole board when I have no new charges and Two minor conduct reports for having too many oranges and another for not changing my bed sheets on time.. I'm back on revocation for basically a dirty UA and my P0 tired of giving me a ATR. I completed the AODA program here at KMCI on 4-10-15 and now I'm waiting to be transferred to minimum custody.

A brief history...
Back in 1996, I was sentenced to 2 counts of Theft from person as a repeater, for snatching 2 purses. I feel I was sold out by my attorney and the judge in court and was sentenced to 20 yrs two 10 yr terms running consecutive. I seen murderers get less time for killing 2 people.( basically railroaded for a crime I committed while under the influence). I was released in 2000. From 2000-2013 I have no new violent charges but I was revoked for retail theft and 2 possession charges in between those years. I've been on parole for 13 years. Two times that I got revoked they took 3 and a half street credit and extended my discharge: date by 7 years which will put me back to12-2022.
After doing 15 yrs on the first 10, I started the second 10 in 2010. I was revoked in 2013 for telling my P0 I was in Mauston, WI when in fact I was in Milwaukee but didn't want to report to her because I was high on drugs and didn't want to be taking into custody. After 2 days, I reported to my agent and dropped dirty, and now I'm placed into custody.
After two and a half years, (including jail credit) I saw the parole board. I presented a letter from my job stating that if I get paroled, I do have a job waiting for me as a welder. A letter from my family and property owner stating that I was the sole provider for my family, that proved that I was the only one working in my household and proof that I was doing everything positive up until the date I got revoked. I had two minor conduct reports. After showing him all the positive things I had going on in my life, and my completed Modules, he still gave me a lengthy defer of 24 months and stated that he wanted to see me do more time for my crime I committed back in 1996. He also stated that he wasn’t going to consider endorsing me into the AODA program until after my 24month defer was up. He was being rude and considered nothing. He stated he wanted me to do the AODA and CGIP program.
Now that I have completed the AODA program that clearly states that it's a criminal thinking and a coping skill based program along with my PRC papers back from Madison stating that I have a history of completing CGIP phase 1-2 in 1998 and 2012, I wrote the parole board asking for a early hearing. It appears that they over looked it and said that it will be placed in my file when I see them again 8-2016.
There is no appeal process for their decision  I feel that now that they have me in the system they have no consideration and no intentions on letting me out anytime soon because a grant is a thing in the past.
I hope you take the time to read and understand my letters and help me with this situation I feel trapped in.

(HISTORY)
After I failed for 13 years trying to stay clean, I ended up at MSDF in 2013. I knew that I had to do something different to better myself because just treatment was not working for me so I decided to try a new life with a new location where I didn't know anybody to lessen my temptations. After completing the AODA program and with my life being in danger for owing drug dealer money, I fled to Georgia taking my family with me.
While in Georgia, I worked for a company called Steel LLC. I stayed clean working that job in which I obtained the 2' day of being there; I got certified as a welder through the
State of Georgia at that same company specializing in out of position welding and fabrication.
I had drug screen results that proved that I was tested for drugs at that job and that I was staying clean. I have a sponsor I deal with daily who goes to AA meetings with me and who is helping me work the 12 steps of recovery to lelp change my thought process.
I also obtained my driver's license, a car that I paid for, a letter from my landlord stating that I was the sole provider for my family and that I paid all the bills. (all things verified by P0 agent).
After a month on absconding status, I called my Agent to notified her of my whereabouts and I was told that I had to turn myself in or report back to Wisconsin and do so in which I did bringing along all my paperwork and references showing that I was doing all the right things and changing for the better.
My P0, as well as her supervisor, was impressed about how well I was doing in Georgia and that we finally found something that worked that they decided to send me back with a emergency interstate.
Providing we thought the interstate would be approved, I was released from MSDF and was told that I could go back to Georgia. I caught the bus back and after working for Two weeks, I was told that Georgia had denied my interstate saying that my paperwork was done incorrectly and that I established residency while on absconding status and it had to be re-submitted correctly so I had to catch the bus back to Wisconsin once again. I informed my P0 that I did not feel comfortable being in Milwaukee and staying clean at that time so could she please take me into custody when I returned while she re­submitted my paperwork. She said no because I was not being revoked! My P0, her supervisor, my family, as well as myself, all knew that Milwaukee was a bad place for me. However, they did nothing to help. I caught the bus back to Milwaukee again with no choice but to stay in the same area where I used. Sony to say, I did not last a week before I relapsed, therefore; I was revoked by my agent saying she was tired of giving me ATR's for treatment and that was my last chance.
I am asking for a early parole hearing so I could go back to Georgia, with a interstate, and be with my family and my 14 yr old daughter who needs me. I recently received a letter from my job stating that they will still hire me but they cannot say how long that offer will stand. I know that I have not been the perfect role model on probation since 2000 with 4 misdemeanor charges streaming from my addiction, however; I think I have finally found something that works for me. I have completed the AODA program 4-10-15 at KMCI and I feel that being released back into the community at this time would prove to be rewarding. Madison approved me to go to minimum as I await transfer.
Thank you for taking the time to read this letter and I thank you ahead of time for your appropriate decision dealing with this letter.