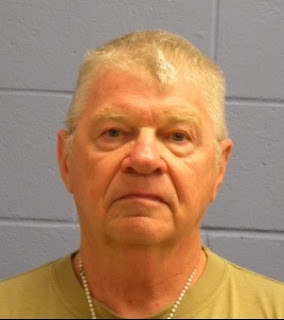 
He was denied parole, and the parole commissioner exceeded her autho­rity by deferring his next parole hearing for 24 months, instead of the 12 months, as required by regarding parole - the only rule refer­encing the length of a deferment provides that reconsideration of a denial of parole "shall not be deferred longer than 12 months except with the written approval of the chairperson or designee, Wis Admin Code&.PAC 1.06(2) (Oct 2000).


Petitioner contends that the decision denying him parole was contrary to law because it violated the requirements of the Wisconsin Administrative Code and Statutes. He is asking the court to issue .a writ of certiorari to review the record of the parole commissioner's decision.


Petitioner alleges that the decision was erroneous in the following Ways:


a) That petitioner was denied parole without procedural due process


of the decision in question more in favor of a discretionary parole; and


(3) respondent relied on false information in deciding to deny petitioner a parole;


b) That the respondent's actions were arbitrary, oppressive and unreasonable and represented his will and not his judgment when he approved the commissioner's recommendation to defer petitioner's parole to his Mandatory Release of      cI-&cv'd             based
solely on the information that petitioner had not "completed" the SOTP and made the decision not to return to the SOTP.


c) That the respondent erred in his interpretation of Wis. Adm. Code & PAC 1.06(7)(c) when he made the decision to approve the commissioner' Mandatory Release deferral, based solely on the petitioner not being "parolable". . .without a "successful completion" of the SOTP.


The petitioner prays for the relief that the granted and that respondent's decision be reversed.


1) You have not served sufficient time for punishment; 3) program participation has not been satisfactory;


5) release at this time would involve an unreasonable risk to the public.


The Parole Commissioner arbitrarily used PAC 106 (16)(b); the inmate has not served sufficient time so that release would not depreciate the seriousness of the offense. Sufficient time is not identified.


the inmate can complete programming in the community without presenting an undue risk PAC 1.06(16)(e) 2, - the inmate will pay for his program....


....the inmate has not refused or neglected to perform required or assigned duties PAC 1.06(16)(d);


the inmate has not been able to gain entry into programming and release would not present an undue risk PAC 1.06(16)(E) 3;


the inmate has developed an adequate release plan PAC 1.06(16)(F); the inmate is elderly, in his mid seventies and would be 81 if had to' serve his MR.


The inmate argues that parole release is a determination of whether he is free to live in the community or must instead be isolated and confines in prison, see in Greenholtz V. Inmates of Nebraska Penal and Correctional Complex (S Ct 1979)


The inmate Richard Patenaude was an upstanding citizen‑he was a volunteer fireman for 44 years - shop supervisor for 18 years, carpenter for 15 years, a WSC Director for 15 years, Marrinete City Village Board 12 years, snowmobile instructor 15 years - he is an organ donor -. he was married for 50+ years. During his time as a volunteer fireman, he risk his own life-ran into a burning building, saved a little girl.


His compass assessment is low - the static 99 is low for repeat criminology. He has taken counseling, was discharged. He is willing, able to pay for additional counseling as well as paying for his home monitored supervision, via a tracker. He is willing to be restricted to his home, will pay for 24 hour television - electronic monitoring.


He is not a threat to the community; he made a serious error of judgment at the age of 60 years - he has no other criminal records.


The inmate states that he has truly done his work - he did counseling - was discharged - he is willing to pay for continued counseling - the psychological and emotional work. He has really looked at everything that happened, and because


of his high level of awareness, he is willing to be monitored;...


The Inmate argues his denial of parole is but a de facto life sentence.


www.census.gov/population/www/projections/files/nations/summary/np2008­t15.xls[*663) (visited June 1, 2012), actually contains a range of life expectancies. Some of these men will die within the year; some will live to 100 or even a few years beyond that; the rest will die in between the extremes. All it means to say that the inmate when he was 70 had a life expectancy of 12.4 years is that the average person in the heterogeneous group to which he belongs (black 70-year­old men) can be expected to live 12.4 more years, implying that approxi­mately half will die sooner and the other half later. (It would be' exactly half if 12.4 were the median rather than average age of death of members of the group.) It doesn't mean that the inmate will not


die in prison; he very may well; the probability that he will die


before he is released can be calculated, either from statistics concern­ing the experience of his group, or, with greater accuracy, from more refined statistics that would narrow the group to black 70-year-olds whose physical condition is similar to the defendant's. But even the most refined statistical calculation of his life expectancy will leave considerable residual uncertainty.


We have wrestled in previous cases with the question whether life expectancy statistics should figure in sentencing for offenses for which Congress has not authorized a life sentence. Our court has concluded, as have other courts, thatHN2- a sentence although it is


a term of years is likely or even certain [**8] to be a de facto life sentence because of the inmate's age is improper if the statute under which he was convicted provides that only a jury can authorize a life sentence (18 U.S.C. § 34, applicable to certain drug offenses).:..


(7thCir. 2006); [**31 Catherine F. Lewis at al., "A Study of Geriatric Forensic Evaluees: Who are the Violent Elderly," 34 J..AM. Academy of Psychiatry & Law 324, 324 (2006); Richard A. Posner, Aging and Old Age 128-33, 310-15 (1995). There is both an aging effect and a selection effect: the cost of acquiring criminal skills increases with age, and career criminals, who already possess such skills, are likely to retire from crime before reaching old age because repeated crimes bring increasingly heavy sentences. Id. at 132-33. Persons convicted of a crime committed when they are 70 or older are thus unlikely to commit further crimes even if released after a short term of imprisonment. Cf. U.S. Sentencing Commission, "Measuring