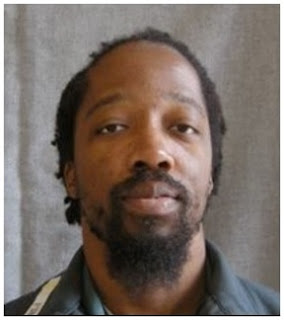 Lutalo is one of the thousands of Milwaukee Blacks who were swept into prison at the height of the prison boom. He  later was sent to the Supermax after testifying in court to the abuse and death of a prisoner near him. He won a lawsuit against that establishment and that lawsuit caused the discontinuing of one of their more egregious policies. He has transformed himself , works constantly for justice and is an inspiration for many. He has been an important guide  for FFUP.
age-43 / DOB 9-13-71 / arrested 8-8-94 Convicted of 1 count of armed robbery and possession of a firearm by felon. The victim was not physically injured. I was sentenced to 2002 or 2003. I've had maybe 4 or5 parole hearings since then. The parole board has denied me parole for the same cookie cutter reasons: "Your institutional conduct has not been satisfactory, your program participation has not been satisfactory; release at this time would involve an unreasonable risk to the public; you have not served sufficient time for punishment." It seems like the longer I'm in prison gives the POC more time to impose new programs on me right around the time when I'm eligible for camp or parole. I've completed all of the programs that I was initially given during my 1st few years in prison. In other words, it appears as though I'll be forced to do programs up until the day I'm released, whether I need the program or not. In my decades as a prisoner, I'm cognizant of the fact that every prison sentence has its own uniqueness. However, it's hard for me to ignore that since the implementation of Truth
In Sentencing, I have seen prisoners sentenced for murder under TIS serve less time than I have, some who have even come back to prison. For the parole board to continue to block my release because it claims that I'm still the same person that I was
21 years ago, 10 years ago, or even one year ago is unfair. I've received certificates for completing the HSED, Building Services vocational trade, Restorative Justice, Financial Literacy, some type of Driver's Ed. class, and on my own I completed the Paralegal Correspondence Course from Ohio University. I have a solid parole release plan with support
from friends. I'm not a trouble prisoner. I find myself mentoring a lot of these youth coming into these prisons on how to stay
out of trouble. I have plans to stay out of prison once I'm out. All I need is a chance.