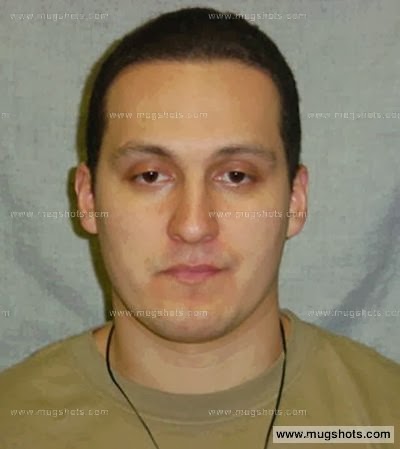 I have a question. What constitutes an 'adult offense' v. a juvenile offense? I ask because here I sit, in prison, for a crime I committed at 16. I do not believe that there should be NO consequences for my actions. I agree, I was wrong. Nonetheless, it's the length and rationale with which I have the disagreement with.

HOW can a person be told that at 16 yrs. old, once he/she has done a certain behavior, they are subject to the 'adult' standard of consequences, Where's the logic in all of this? The Supreme Court ruled in its Roper decision that a juvenile cannot be sentenced to the death penalty because they are not capable of making a fully informed decision. That the adolescent doesn't have the full use of the brain's ability to make a decision on the long term consequences (whether good or bad) because the pre-frontal cortex hasn't reached it's fully developed stage. This is science telling people this and the Court agreed. Include the other choices that are reserved for a person who is 'of age'.

Not until a person is 18 can they purchase any tobacco products, vote, live on their own, buy alcohol (even that age was upped l8 to 21 because of the ability to make an informed decision), cannot graduate from high school nor complete the GED/HSED testing. A teenager must acquire a work permit before they can get a job even! But let that same adolescent/juvenile commit a crime that's been determined to be an adult offense and they're automatically waived into the criminal courts. The adult court. Where's the logic?!


Who determined this? Is that a fundamentally sound decision? So, this juvenile is instantaneously considered an adult and stuck into a legal system that everyone else has gone to school for- they've all completed high school and have spent another 3-6 years in college afterwards. On top of that they've had other courtroom experience, and said juvenile is to aid the appointed advocate (he/she cannot afford an attorney. He/She doesn't work)in putting forth a viable defense, Really? All of that from a teenager who, by an action alone, is assumed to be cognizant? This is what is acceptable?

"Oh, sure, that young person is getting what's best." What about the evolving standard of decency? In a country revered for its fairness and justice, this hardly seems to bolster that dogma. One of two countries in the world who sentence a juvenile to such a lengthy term (Life) and yet this is overlooked. The other is considered a third world country. The USA and Somalia. Love that patrio¬tism... It just feels like a second wrong is being done here. It's not because I feel sorry for myself and this isn't to be taken as a boo-hoo. I don't EVER forget what it is that I did. It's fact and it is my burden.

My gripe is the fact I continue to see others similarly situated who come into prison at a young age and become warehoused. There is no designed or special treatment given to a juvenile coming into the adult prison system. You get here and you sit down. No shrink comes to visit you. Except for the one that is customary during your arrival at Dodge for the Assessment and Evaluation phase. And that's to determine if you're a security threat. After that, there is no on-going mental evaluation. The person is an adult now, thanks to the predetermination based on the age at the time of an action. It's ridiculous.


Anybody can have psittacistic behavior as to what is fed to person in school, but can that alone be equated to being "fully informed"? That's enough for "automatic waiver"? I'm coming up on 30yrs. old and have been really thinking about this for some time now. What is really taken into account on the part of the p s e u d o - a d u 1 t ? A Life sentence? Yet a drunk driver is given leeway because they're impaired. How many times do you see a drunk driver charged with First degree Intentional Homicide and receive a prison term equatable to that of what a pseudo-adult has been given. Let's keep in mind that a great majority of those convicted for a drunk driving offense resulting in a death are ADULTS!. And they've seen countless commercials informing said persons of the dangers. I don't know guys...pseudo-adults v. legitimate adults.... Cogitative processes... um..ouch. A dope dealer can sell to someone KNOWING that drugs can and do kill but, when a person dies as a result of the drug, and the dealer is identified, how likely is the dealer to receive a sentence like that which the pseudo-adult received? Fairness in full effect.

So, who asks for a change? Who wants an overhaul? Or, at least, at least, a long and "fully informed" second look at the issue? This is okay to continue? What other options can be put forth? Who’s willing to say something other than myself in a 'social dia¬tribe'? I am not asking just on my behalf but for all us who 're stuck with little recourse and otherwise stymied.