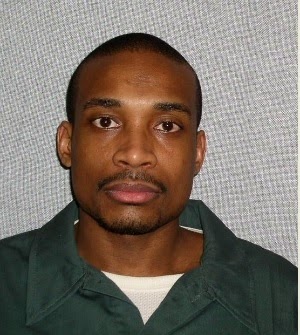 
30 year sentence for a nonviolent drug offence; in 16 years so far.

Ezra Martin is in prison for non violent drug crime, given thirty years, has served over half.  He worked under work release for over three years, is still denied parole. Here is his statement:

“ I am well into my 16th year of incarceration on a 30 sentence for a non-violent drug offense (POCS w/ITD - cocaine). I have been minimum security-status four 4 1/2 years. From November 5, 2010 to May 20, 2013 I worked outside of the prison in society under work release/community custody/indirect supervision status. During that time period I saw the parole board 7 times (two-6 month defers & five-5 month defers) and was denied parole each time.
At the time of my last hearing in February of 2013 I had been working in society without incident for 28 months, but was denied parole for reasons stated that I had not served enough time and that my release at this time would present an unreasonable risk to the community. I asked the parole commissioner 'How much time is enough?' and she stated that she 'Did not know.' I asked her 'How can they justify claiming that I am a risk to society when I have been working in society around civilians for 28 months?' She was unable to answer this.
While it is true that I was on parole at the time of my arrest, it is also true that this is unmitigatable factor, meaning that there is no way to alter or mitigate this fact. So if I did my entire 30 year sentence the fact that I was on parole when arrested would still be true. There aren't any institutional programs that I can take to negate/nullify this fact. This was just being used as a convenient factor to deny me parole. And still is.”