Jose Garcia , one of many who wants to be deported as judge ordered. 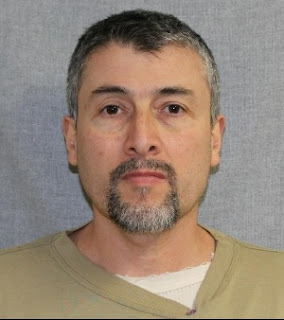 He is a Colombian citizen and has been incarcerated , separated from friends and family , for 20 years. His sentence was 72 years and he had his first parole hearing in 2013. His crimes/convictions were very serious – attempted homicide, reckless injury, second degree sexual assault, false imprisonment and he states over and over again that he takes full responsibility for his crimes. He has taken every program he can and participated fully wherever he is allowed but the prison will not let him take certain required programs until he is 3 years from his mandatory release date which means he will have served 45 years before he is allowed to take basic programming when he was eligible for parole in 2013. He has all the friends and family back in Colombia to support him. Jose Garcia’s explanation is more eloquent:
“Throughout my incarceration, I have, and continue to request to participate in any and all programs which will assist me in dealing with the issues which have led to my incarceration. I have been consistently denied.
As I am to be deported to Colombia upon my release from prison, despite the current policies which allow inmates to be deported prior to their release, I have been denied such opportunities. As the process is explained, the Department of Corrections is the final authority to approve the early release and immediate deportation, and without reason, I have been denied such opportunities.
I cannot say it enough, I take full responsibility for my actions, yet, believe I am being unjustly denied the legitimate opportunities to prove myself and no longer be a burden to the State of Wisconsin.
Specifically, if I am eligible for parole, as I currently am, how is it I am denied due to the fact I have not completed the required rehabilitative programs, when such programs have been continuously denied by the Department of Corrections? How can I be denied due to insufficient time served, when current laws has permitted for review for early release? If such laws provides for me to be deported prior to serving my sentence, why not allow me to return to my country of origin? Is their any fiscal or ethical way to justify keeping me in this State, costing the average taxpayer 30,000 a year when Colombia will accept me back, as one of their citizens? How can I be of any threat to the citizens of Wisconsin, when I am deported?
I understand the need for justice and to protect Wisconsin residents, yet, how is this accomplished by not providing the programs it requires of me, or refusing to allow me to return to my home country?

I humbly ask for nothing more than what the law provides, I ask to either be allowed to take the rehabilitative program required of me or allow for my deportation.”

From his 5 15  letter:
I am a 51 year old Colombian citizen.     In April, 1 95,
I was convicted and sentenced to 72 years in prison. In June, 2000, I had a hearing with an immigration judge, who ordered my removal from the United States; deported to Columbia, South America, upon release from prison.
I have been incarcerated for 20 years and had my first parole hearing in April, 2013.    During my incarceration. I have had no disciplinary reports (major or minor).    I have been denied any and all treatment programs due to my sentence structure, despite my constant requests to participate in the recommended and required programs. The result of the parole hearing was a 48 month defer due to "Insufficient time served". Request to participate in programming was once again denied.
I have all the support necessary from my family and friends, who wait for my return to Columbia; to be an asset to society. Unfortunately as I get older by the day, my chances for a being a productive member of society becomes harder.
click to sign petition: http://petitions.moveon.org/sign/petition-for-release-2?source=c.em.cp&r_by=10992208