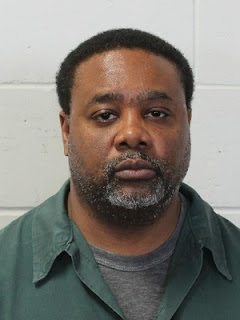 IN 1990, at the height of the tough on crime craze, Charles go a life sentence for party to the crime of murder. He is a good example of injustice of the "party to a crime" rules, for those who have the least to do with it are often given the toughest sentence. His three defendants which includes the shooter have been out for many years. Charles has never been to a parole hearing. The co defendants had more information and more to deal with.

details edited from letter:
45 years old, born in Memphis, TN. Sept. 17th 1969.
21 years old (1990)when arrested, during an election year when “tough on crime” was the mantra .
Convicted of - Party To A Crime of First Degree homicide while. Although I was not the person shot or killed anyone I was sentenced to life in prison - while the actual shooter remains at large. I was given a parole date set after serving a 50 year prison sentence under Life - in the year of January 1st. 2041
There was other co-defendant on my case that was charged with the same charge as I was only he later got those reduces after taking a peal deal. There should have been (3) people charged along with myself - my co-defendant and third the actual shooter - who escape justice due to the district and police taking short cuts to attain justice.
I never been up for parole due to sentence structure and it should be noted this was my first time ever conviction.
Since my conviction I have achieved my HSED - gotten a degree in building and maintenance, and wish to attain another degree in the culinary arts. I have also completed two stages of anger management, while I am eager to do more – unfortunately because of lengthy sentence structure I have been placed several other program waiting list with a low priority need.
Adenda on unfair legal rules enacted at the time that impacted the poor.
In the year of my arrest and conviction October 17th 1990 it was an election year state representatives and another Law enforcement agents made a promise to be more tougher on crime.
In either the mid or early 90's the president signed a bill into law gave anyone convicted of a major capital offense, such first degree murder a one year dead line to file an federal appeal to their into the courts.
This was erroneous and harmful to pro se litigants due to the fact that the majority of defendants are Black and from poor low income families.
Most African Americans that are incarceration represents about 75% of the prison population where Blacks makes up about 15% of the people living in the state of Wisconsin.
These are poor men and women that are at the time of their arrest and conviction can not read or write or afford proper legal representation. I was and am one of those statistics.